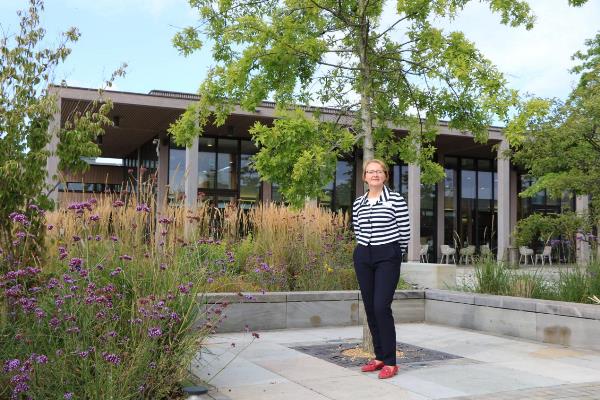 Philippa Rawlinson has been appointed as Managing Director of the National Memorial Arboretum, which is part of The Royal British Legion. The award-winning free-to-enter 150-acre woodland site in Staffordshire is home to more than 380 memorials, including the national Armed Forces Memorial. It is visited by in excess of 300,000 visitors each year, including nearly 20,000 young people on learning visits.

Philippa, who replaces the recently retired Sarah Montgomery, joins the Arboretum from the Shakespeare Birthplace Trust, where she was the Director of Operations & Marketing and Deputy Chief Executive Officer. In recent years she has also held key leadership roles in Warwickshire business and tourism organisations, including; Chair of Stratforward, a Business Improvement District in Stratford-upon-Avon, and Chair of Shakespeare’s England, the official tourism body for South Warwickshire. Previously Philippa held several senior management positions at the National Trust.

Gary Ryan, Director of Remembrance & Marketing at The Royal British Legion, said: “Philippa is an accomplished leader in tourism management at heritage visitor sites. With the successful opening of new facilities at the Arboretum over the past two years, we are now looking to her to take this award-winning site to the next level. Philippa will be supported by an enthusiastic board, committed team and large group of knowledgeable volunteers. We will all be working together to ensure the Arboretum grows and evolves as the nation’s focal point of Remembrance.”

Philippa Rawlinson, Managing Director of the National Memorial Arboretum, said: “The Arboretum has an exceptional record of delivering a first-class visitor experience thanks to its fantastic team of staff and volunteers. My predecessor has laid excellent foundations from which we can now further build as we focus on a number of strategic priorities, not least the development of our living landscape as part of our endeavour to make Remembrance relevant to ever more diverse audiences.”